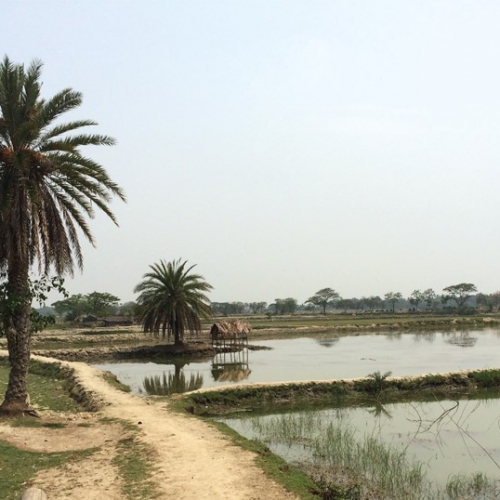 This project is split in 2 phases.

Phase 1 ran from end of 2013 until April 2017. Austrian retailer Hofer KG was the main partner in  the project implementation with some co-funding from the Austrian Development Agency (ADA). Ristic GmbH appointed sustainability consultancy Bluesensus as coordinator of the project.

First, a local project team was established for the continuous work with selected farmers. In a first step an Internal Control System was established as well as all other EU production rules for organic aquaculture implemented.  The farmers received training and a processor was identified and qualified. All those involved were prepared for initial organic certification. This could be achieved in 2015, with a renewal in 2016 and  2017.  In addition, the processing partner obtained BRC certification in 2017 and started to work on BSCI implementation.

The University of Calcutta  carried out an environmental and social impact analysis to identify areas where specific improvements could be made. The focus here was on the farm workers and their families. No migrant workers are employed in the project, but rather local people born in the surrounding villages. Nevertheless, they represent the weakest link in the value creation chain.

Various improvements could be achieved:

Phase 2, a spin-off of the Hofer KG project,  started in February 2017 with the founding of Blue Sea Aquaculture Pvt. Ltd. It was extremely important that the achievements and efforts from the Hofer KG project did not stop after the project funding from the Austrian partners ceased. Shore committed to support  the local team of Blue Sea Aquaculture  in their continuous development of the organic certification and work on  Naturland certification.  Furthermore also a community based infrastructure for the co-management of social/environmental improvements is being setup.

A sales market for the certified West Bengal Traditional Black Tigers to which Hofer and Aldi Süd are committed as well is being further developed.

The project can also count on  the commitment of Alcom Exim, Shore’s Indian representative company.

bluesenus, consulting for sustainability and seafood

Area of the farmer’s clusters, about 90 km east from Calcutta in the villages of Rajendrapur, Gopalpur and Garakupi in India.

Hofer KG project: The project succeeded in achieving organic certification of farmer clusters in two villages: 14 farmers in Rajendrapur and 16 farmers in Gopalpur. First a local team was set up and trained to implement an internal control system and a processing partner was involved. Also, a farm greening project was executed and aseptic toilets were built, as well as a water well.

It was extremely important that the achievements and efforts that came forth from the Hofer KG project did not stop after the project funding from the Austrian partners ceased.

Apurba Saha, manager of the local team in charge of the entire internal control system, created the company Blue Sea Aquaculture Pvt. Ltd. With the support and commitment of Shore, the organic certification will be upheld and preparations towards Naturland certification have been initiated. Shore’s representative in India, Alcom Exim, is also committed to the project. The creation of Blue Sea Aquaculture and the commitment and support of Shore marked the start of phase 2 in February 2017. Main challenges that the partners are now addressing: 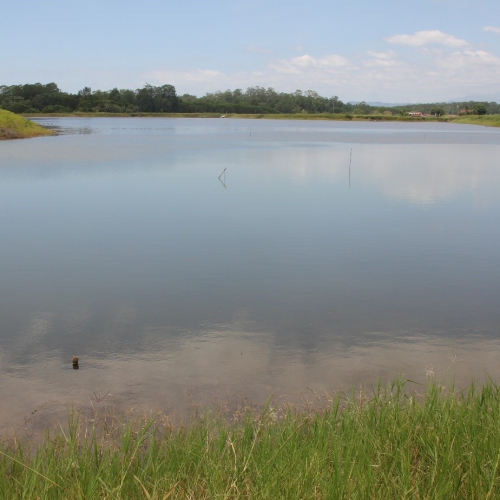 The engagement of Rainbow Export Processing to develop an organic supply chain for L. vannamei production in Costa Rica started already in 2006. Today, the majority of Costa Rican shrimp farmers have joined this initiative. In addition, Rainbow Export Processing operates an own organic shrimp farm, Terranova Marina which has achieved not only the certification according European organic regulation but also the Naturland certification.

In comparison to Ecuador or Mexico shrimp production volumes are quite small in Costa Rica. Besides a handful of larger farms mainly small producers (< 100 ha farm size) are involved.

In 2012,  Rainbow Export Processing took over the management of one of the largest shrimp farms in Costa Rica: Terranova Marina Novamar. This farm counts on EU organic and Naturland certification. In 2016 the large farm Cosecha Marina joined the organic project and started conversion to organic production. A big success for Rainbow Export Processing’s efforts: with Cosecha Marina on board, they have converted more than 80% of Costa Rican shrimp aquaculture to organic production.

Partners in this project are: 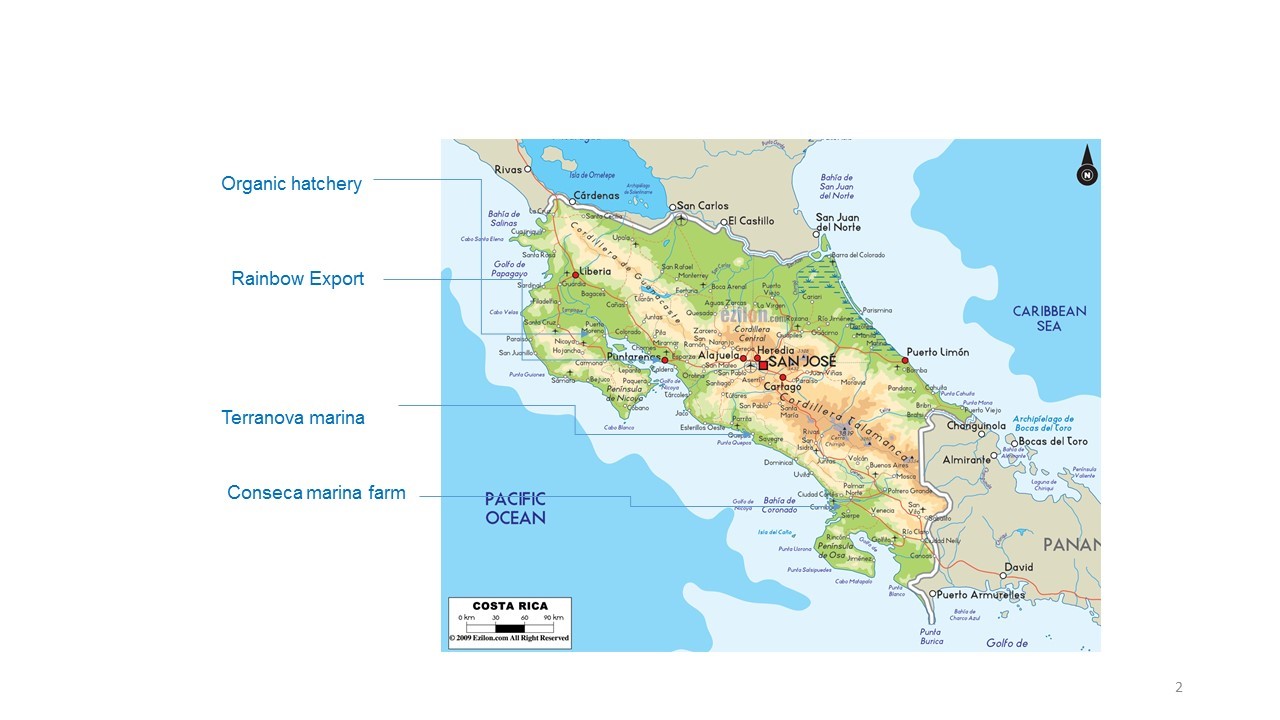 Continuation of the organic and Naturland certifications for Terranova Marina and Rainbow Export Processing. 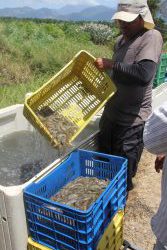